Posted by Claudia Vredeveld on 07:40 AM 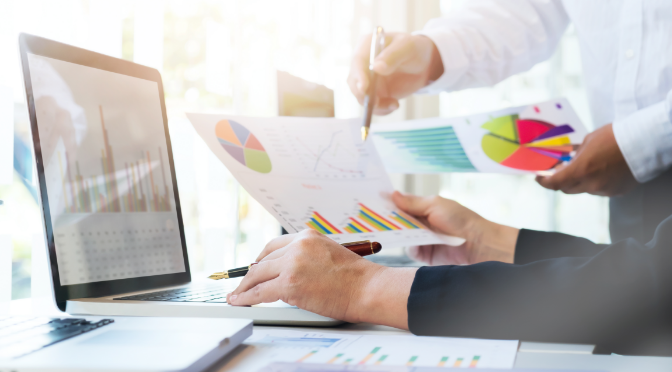 From Healthy People 2030 to CCBHC to organization-level strategic planning, a common theme across behavioral and physical health care today is a push for greater equity. This often takes the form of initiatives to better understand the social determinants of health and disparities between populations. This is certainly not the first push for health equity, though; studies of health disparities can be found as early as the mid-1800s. Even with an increase in focus during recent decades, the past 20 years have seen very little progress made toward health equity. While only part of a broader solution, one way organizations can better support current equity efforts is to improve the way we analyze disparities.

Unfortunately, instead of leading to meaningful change, disparities analyses have the tendency to simply reinforce what we already know about the world. Findings are often too broad for one organization to take action on or not nuanced enough to describe a community’s unique characteristics. This is especially true if not enough attention is paid at the beginning of an analysis, before any numbers are crunched. This article outlines a few things you can do when initiating a new disparities analysis to make sure your findings are actionable and meaningful for your community.

Perhaps you are interested in assessing whether there are disparities in access to behavioral health services at your organization. It can be tempting to dive right into available data sources, calculating standard measures by race, sex, and age and churning out visuals. Taking this approach, however, can lead to missed opportunities to better understand the people in your community. Instead, practice starting from the broadest view, considering the full scope of the question and the environment in which you are asking it.

You might start by considering: Why might some populations have an easier time accessing services than other populations?

Next, take note of existing sources of knowledge: What does your own experience tell you about who may not be receiving the services they need and why? What have your colleagues noticed? What are other experts, journalists, and community leaders saying about this topic?

By stepping back and starting broad, you let real people and experiences drive your analyses, and avoid moving too quickly into a line of questioning. You create openings for new perspectives and questions that a narrower lens might have otherwise missed.

Document the specific question(s) you are trying to answer.

Once you identify an area of focus, document the specific question or set of questions you want answered. Questions that are too broad tend to spiral off in many directions and can lead to answers that don’t address the original intent of the question. Good data questions are precise, measurable, and lead to either meaningful answers or new questions.

Broad question: Are there disparities in access to behavioral health services at my organization?

Data question: Does the number service encounters provided per month at my organization differ by race, neighborhood, or income of persons served?

Throughout the analysis, check in to make sure you are still working toward answering the original question.

Be critical of your data sources.

Once you identify what you want to know and which population groupings are important to include, consider what data is available to you.

Because getting nuanced population-level data can be time consuming and challenging, we are often limited to whatever major reports and EHR systems can provide. Where it is feasible, think creatively about how you could enhance or add data sources to better describe your populations of focus. Where it is not feasible, be cognizant–and explicitly state–the limitations of your data.

After you document specific questions and before the analysis begins, a helpful practice is to map out your hypotheses. While often skipped, this step can play an important role in making sure your findings are interpreted in context and can lead to action. Consider how, specifically, the population measure you are interested in is related to the outcome. Continue asking how until you feel you can clearly draw the line from one variable to the other. Create a mental framework, or better yet, physically draw out the relationships.

The intermediary variables you identify in this process are often more actionable than the initial population measure. Consider how you might include these concepts in your analysis, whether in the first iteration or as part of a refinement process. Do you have data related to these variables? Could these concepts inform qualitative efforts, where you are reaching out and getting input from the individuals who belong to this population?

These hypothesized relationships add important context for interpreting and presenting your findings as well. Too often, results from disparities analyses are misinterpreted in ways that perpetuate the discrimination faced by marginalized populations. Findings of racial disparities are frequently communicated as “the effect of race on _____”, drawing a direct causal link between race and an outcome variable. Mapping out the full pathway, however, we would see that race is a strong predictor of outcomes because it is an “excellent measure of exposure to racism”. Racism is what feeds disparities in housing, education, wealth, and employment, which in turn fuel physical and behavioral health disparities. Without this context, differences in outcomes between racial groups are too often misinterpreted as stemming from a biological difference–a theory with its roots in slavery. Mapping out relationships between population measures and outcomes draws focus to the social factors which drive disparities.

By starting broad, documenting the specific question(s) you are trying to answer, being critical of your data sources, and mapping out hypothesized relationships, your analyses are more likely to result in findings that you can take meaningful action on, creating a clearer path to equity in your organization and your community.

The Hidden Key to Great Leadership